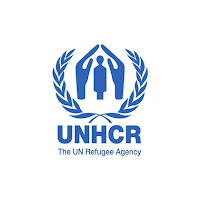 Organizational context and General background of assignment:
The United Republic of Tanzania hosts a total of 235,659 camp-based persons of concern (POCs) as of 31st October 2019. The camp-based population comprises mainly of refugees and asylum seekers from Burundi (69%), Democratic Republic of Congo (30.8%) and others (0.07%). The camp-based refugees and asylum seekers are in the three camps within the Kigoma Region namely; Nyarugusu (130,997), Nduta (72,911) and Mtendeli (31,751). Following the 20th meeting of the Tripartite Commission for the Voluntary Repatriation of Burundian Refugees in Tanzania on March 28th 2018, the three parties; United Republic of Tanzania, Republic of Burundi, and UNHCR agreed to implement a work plan for the voluntary repatriation of Burundian refugees and this process is still ongoing.

The increased camp population in Nyarugusu was almost triple its original carrying capacity, making it one of the largest and most overcrowded camps in the world. In order to reduce the population in Nyarugusu, and to host any possible new arrivals from Burundi, two former refugee camps were reopened; Nduta in October 2015 and Mtendeli in January 2016. These refugee camps have been operational to date. The two refugee camps are situated in the two districts of Kibondo and Kakonko in Kigoma region but are all administered from UNHCR’s Field-Office in Kibondo Town.

Nduta Refugee Camp occupies an area of land approximately 12km2 in size and is centred on Latitude 3°41’8.28” S and Longitude 30°46’49.34” E. At present, the refuge population at Nduta is 74,788 individuals. Over 90% of this entire population primarily depends on firewood as their cooking energy source. This has negatively impacted the environment both within and surrounding the camp due to deforestation.

UNHCR and partners are implementing environmental conservation activities within and outside Nduta Camp. In response to the challenge of meeting energy requirements in the camps, UNHCR through its implementing partners, has been implementing various programs including provision of alternative cooking solutions like Liquefied Petroleum Gas (LPG) and biomass briquettes. This is undertaken in parallel with supporting energy saving initiatives, such as provision of Fuel-Efficient Stoves as well as training of the persons of concern (PoCs) on the best cooking practices to reduce the amount of firewood used for cooking.

A recent study conducted to compare cooking fuel consumption and costs between LPG and biomass briquettes in Nduta indicated that LPG is relatively cheaper as compared to biomass briquettes. However free provision of LPG on a large scale is not sustainable in the long term. On the other hand, the high cost of the biomass briquettes is probably due to the transportation cost charged by suppliers. It is further thought that establishment of a briquette plant within or just outside the camp can bring about reduction in the cost associated with charcoal briquettes use, while ensuring that provision of cooking fuel to the PoCs is both sustainable and environmentally friendly.

Briquettes are believed to offer an alternative fuel which is clean and environmentally friendly. However, the operations of the briquette sector in Tanzania is quite diverse with some areas having highly mechanized processed products while others are manually produced. The briquette sector is dominated by sole proprietors and limited companies where several biomass types are used to produce them, for example, agricultural and urban waste, charcoal dust and saw dust amongst others. Moreover, there are some few challenges in this sector with reference to briquettes production, particularly in Kibondo District where Nduta camp is located. Below are few of the challenges among others;

There is therefore much to be done to make briquettes production in the district prosper as it is a significant contributor to the mitigation of current and future impacts of climate change that is caused by environmental pollution. Traditional biomass and mostly firewood use in Nduta camp produces high volumes of carbon dioxide which is one of the gases that is detrimental to the environment while also exacerbating deforestation. There is thus great need to promote sustainable forms of energy, which includes, but no limited to, briquette use.

UNHCR Tanzania, Kibondo Field Office is seeking a local consultant to undertake a feasibility study on raw materials availability and biomass briquettes production at Nduta Refugee Camp. The main purpose of this study is to promote sustainable forms of energy, which includes but not limited to briquette use in refugee operations in North Western Tanzania.

The general purpose of this study is to promote sustainable forms of energy, which includes but no limited to briquette use in refugee operation in North Western Tanzania. The specific objectives of this feasibility study are as follows;

Feedstock availability report including their calorific value, recommendation of the most viable type of raw materials ideal for briquette making, documented successful model for processing biomass briquettes, development of briquettes processing framework for the refugee setting, a training manual on briquettes production, delivery figure/amount of the cost of producing 1kg of briquettes.

How to apply
Candidates are invited to send a motivation letter and UNHCR Personal History Form prior to the closing date of this vacancy to the email address below. Please include the title and vacancy number in the subject line.