Tanzania Prisons Service (TPS) was officially established on August 25, 1931 after the division of the Police and Prisons forces occurred. Despite having the responsibility to protect the security and property of foreigners, before 1931 the Police Force also performed Prison duties as per the interpretation and purpose of the colonists. The Prisons Service at its inception was called the Prison Department where its activities remained the colonial practice of torturing prisoners as well as hard work regardless of whether it was to their advantage or to the Nation www magereza go tz 2022. 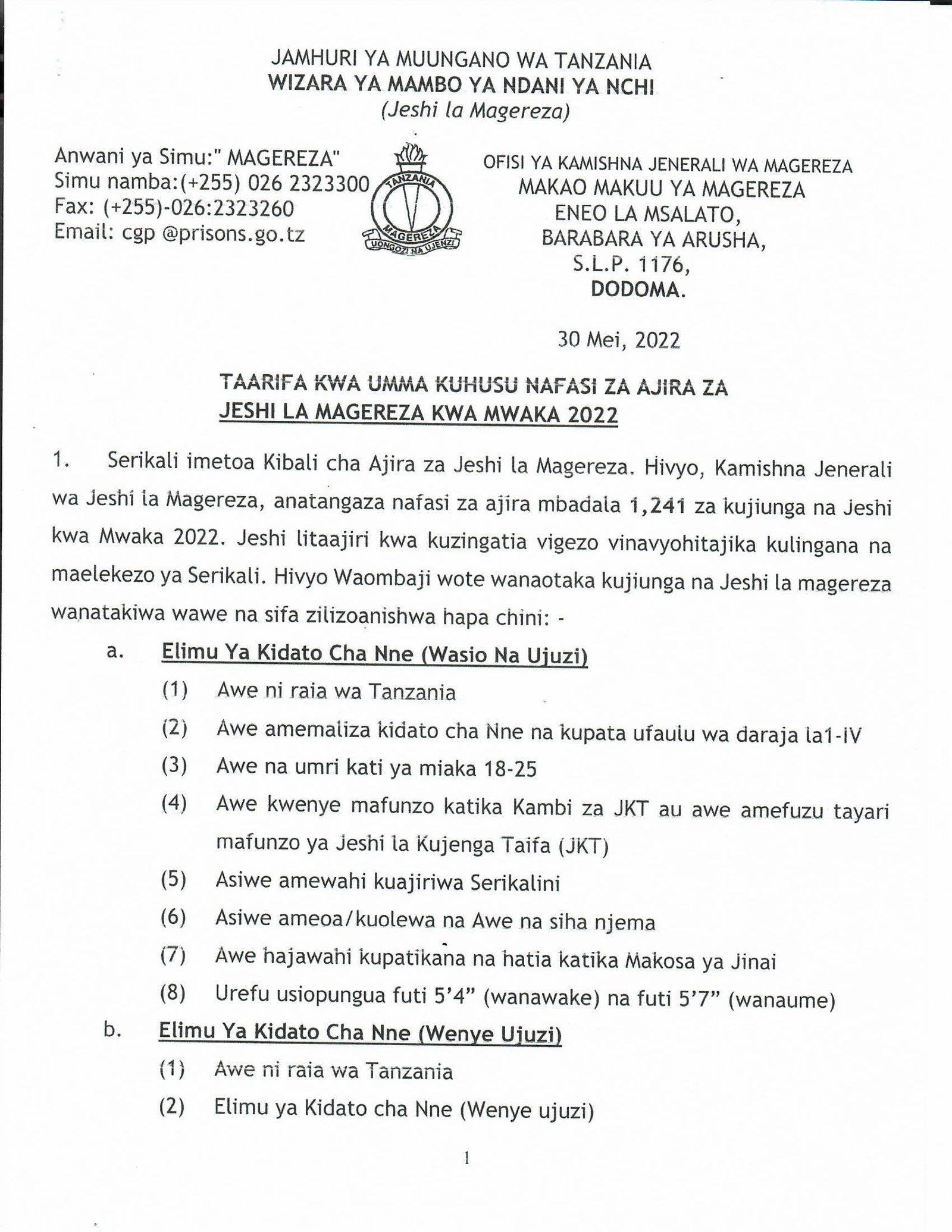 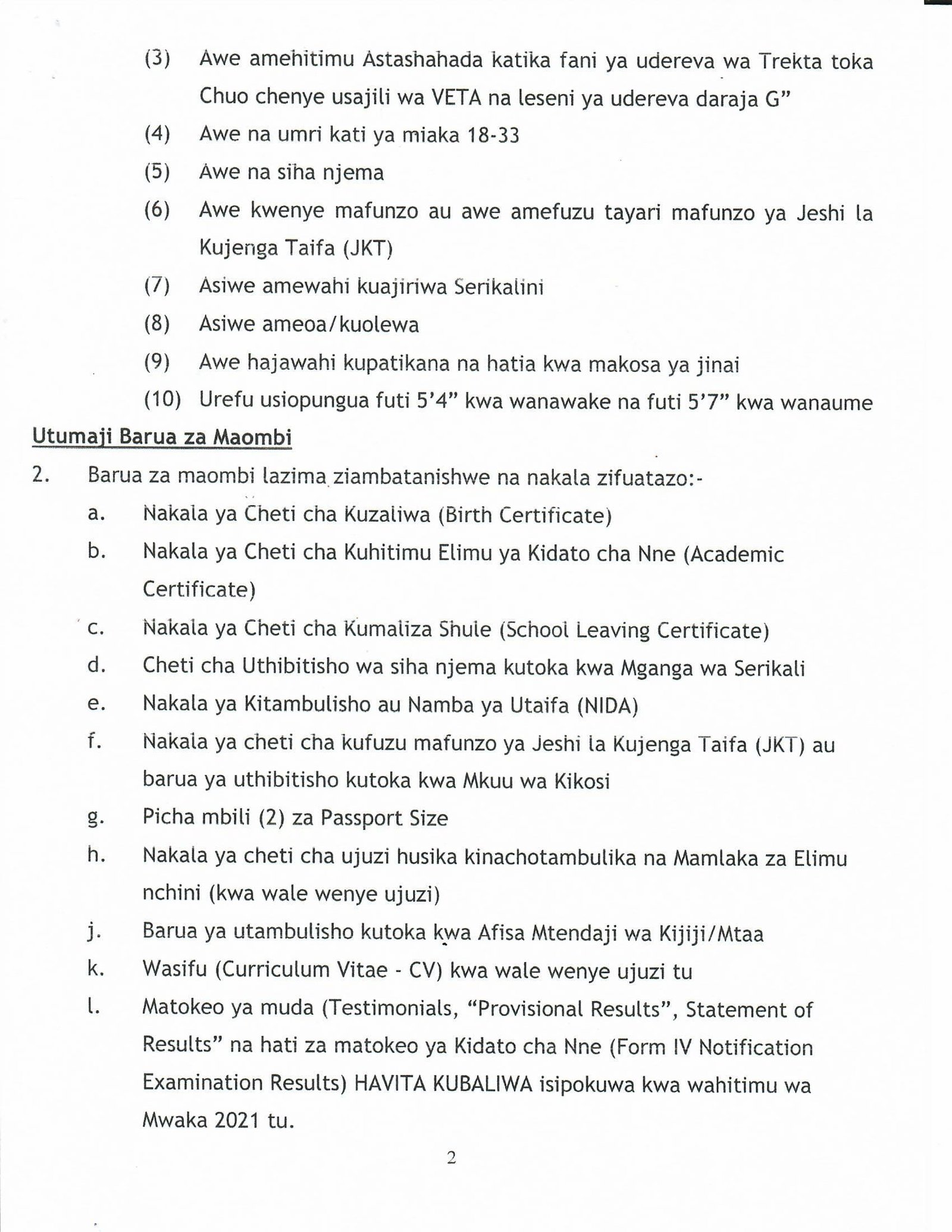 General Qualifications
● Must have form four Education with atleast Grade four 28 -32
●Must Be Tanzanian (From Mainland or Zanzibar )
●Aged from 18 to 25
●Must have Good Health Status
●Must not be Employed at Any Government sector
● Must not be Married
●Must have Good Manner Never committed in any Criminal cases
●Must have JKT Training
After the independence of mainland Tanzania, the Prisons Service continued to be led by the British Commissioner of Prisons, Mr. Patric. Manley until 1962 when the Army began to be led by patriots.
Following the Government’s strategy to enhance its performance, it has provided employment opportunities to Ministries and various Government institutions in various positions according to its requirements.

HOW TO APPLY
Applications should be submitted  BY EMS Kamishna Jenerali wa Magereza, Barabara ya Arusha, Eneo la Msalato, P.O.Box 1176, Dodoma. The deadline for submitting the application is June 15 2022