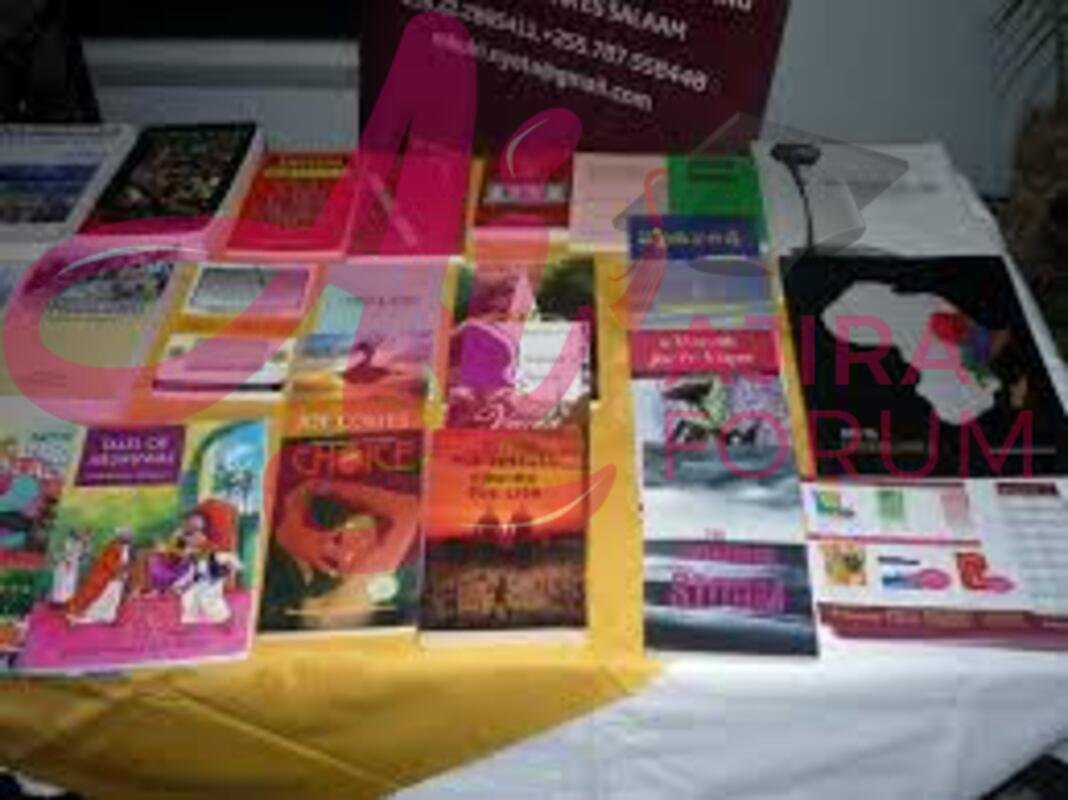 Journey to Jo’burg by Beverly Naidoo is the story of two South African children who embark alone on a long journey to find their mother, who works far from home. The children are black and, at the time the story takes place, South Africa is governed by a racially unjust system of laws called apartheid. On their journey, the children face a series of difficulties that demonstrate apartheid’s unfairness and cruelty.

When Journey to Jo’burg was published in 1985, the book received critical acclaim in England, the United States, and many other countries around the world. In South Africa, however, it received no attention at all. Naidoo writes:

When I sent two copies of my first children’s book to nephews and nieces in South Africa in 1985, they never received the parcel. Instead, my sister-in-law received a letter telling her that the books had been seized and banned.

Journey to Jo’burg remained banned in South Africa until the early 1990s, when apartheid was abolished. Today the book is widely available, and many South Africans consider it an important reminder of their country’s troubled history.

As Journey to Jo’burg begins, thirteen-year-old Naledi and nine-year-old Tiro have a big problem. Their baby sister, Dineo, is sick. Their mother, whom they call Mma, works far away in the city of Johannesburg. Naledi knows that another baby in her village died last week, and she worries Dineo may die too—unless Mma comes to help the baby get better. Naledi decides that she and Tiro should walk to Johannesburg and find Mma. The two children take a couple of sweet potatoes, a bottle of water, and a letter that bears Mma’s address, and they set off.

The two children are accustomed to walking long distances, but they have never gone as far from home as they go today. In the afternoon, they come to a small town. As they walk through the town, they worry about police. They know that black adults must carry passes, identification documents that show whether they are allowed to work in towns. Naledi and Tiro are too young to need passes but they know the police may hurt or harass them. They walk as quickly as possible until they leave the town behind them.

As night falls, Naledi and Tiro grow hungry. Their water and sweet potatoes are gone, so Naledi pushes through a fence to take some oranges from a farm. A boy offers to help them. Naledi is scared of the boy’s boss, a white farmer, because she knows such men can be cruel to black children who trespass or steal. However, she decides she has no choice but to accept the farm boy’s help. The boy leads Naledi and Tiro to a shed where they can sleep, and he brings them some pap, cornmeal porridge, to eat.

As soon as it gets light the following morning, Naledi and Tiro return to the road. They are soon stopped by a truck driver. The driver does not think the children should be out walking alone, but he knows his white boss will be angry if he takes the time to drive the kids back home. He allows Naledi and Tiro to climb onto the back of his truck and ride. The children have never been on a truck before. Tiro gets excited and leans so far over the side of the truck that he almost falls off.

As she rides, Naledi reflects on the sad business of having her mother live so far away. Her mother is very concerned that the children get a good education, and she needs to earn money to send them to school as well as to provide food and clothes. Once, some time ago, Naledi asked why she and Tiro could not live with Mama in Johannesburg. Mama said, “The white people who make the laws don’t allow it.”

On the way into Johannesburg, Naledi and Tiro see a large mountain of sand. They know it is a dump from the mines that surround the city. Both children are very quiet, thinking of their father, who worked in the mines until he became ill with a cough and died.

The truck driver wants to take the children all the way to their mother, but he knows the lost time will make his boss angry. He finds the bus the children need to take to Parktown, the neighborhood where their mother works. When Naledi explains that she has no money for a bus, the driver scolds her:

What children! You’ve got a lot of guts, but you know nothing about Jo’burg. It’s dangerous!

He gives Naledi some coins to take the bus to her mother’s neighborhood.

Naledi and Tiro wait until they see a bus labeled “Parktown.” When they start to jump aboard, a voice stops them: “What’s wrong with you? Are you stupid?” They look into the bus and see that it is full of white faces. A young black woman comes to help the children. She explains that black riders are not allowed to ride the white bus. Naledi says she is sorry, but the young woman brushes this apology aside. “It’s not you who should be sorry!” she says. “They should be sorry, those stupid people!” She complains that the white buses are often half empty, whereas the black buses are always crowded.

The young woman, whose name is Grace Mbatha, is traveling the same direction as Naledi and Tiro are. She rides with the children and shows them where to get off. Before they leave, Grace tells them they can stay with her in Soweto, a black neighborhood, if they need somewhere to sleep. Naledi thanks her but is confused. Why would they stay with Grace when they will be with Mma?

When Naledi and Tiro arrive at the house where Mma works, Mma cries and hugs them. Naledi explains that Dineo is sick, and Mma looks terrified. She asks her boss, a white woman she calls Madam, if she can go home to her child. Madam says Mma can go, but not until tomorrow and not for long. Madam says:

If you are not back in a week, I shall just have to look for another maid, you understand?

Naledi does not understand why the white woman is angry at Mma. It is not Mma’s fault that Dineo is sick. Her confusion grows when Mma explains that the police will not like it if the children sleep with Mma in her little room at the back of Madam’s yard. Naledi explains that Grace invited them to stay the night in Soweto, and Mma takes them to find Grace and accept this invitation.

The rush hour bus to Soweto is so crowded that the children can hardly breathe under the crush of bodies pressed against them. At one station, the children are carried out the doors of the bus with the crowd. Grace is stuck inside. The bus pulls away, and Naledi and Tiro find themselves on the platform, unsure where to go.

Before the children can decide what to do, the police arrive and the crowd scatters. Men and women run in all directions, climbing fences and jumping rails to get away. Naledi and Tiro watch the police arrest a man who does not have his pass. The man says he left his pass at home, but the police refuse to let him go get it. They slap the man and shout at him while he recites his address over and over.

Naledi and Tiro run to find the man’s address. When they arrive, they tell the man’s son what is going on. The boy grabs his father’s pass and runs with Naledi and Tiro to the police station, but they are too late. The boy’s father is already being taken to jail. The boy throws the pass on the ground. “I’ll burn this one day,” he says.

After this adventure, the children find Grace. When they get to Grace’s house, they wash and eat. Naledi sees a picture of Grace’s older brother, Dumi, and Grace explains that Dumi is a freedom fighter. In 1976, Dumi marched with many other kids in a huge protest. The kids were angry that the government refused to give black schoolchildren a good education. With the education available, it was difficult for black kids to become anything more than servants or laborers. The protest started out peaceful but it soon became a massacre. Police shot into the crowd, continuing to fire even when kids ran away. Dumi was arrested and beaten by police, but when he returned he went on fighting against the unfair treatment of blacks. One day he disappeared, and for a year his family did not know where he was or even whether he was alive. Eventually, however, they got a letter from Dumi that said that he had run away to study in another country and that he planned to come back and fight for freedom again.

When Grace’s story is finished, Naledi and Tiro go to sleep. In the morning, Grace wakes them early and takes them to meet Mma. On the train home, Naledi tells Mma some of Grace’s story. Mma explains that black people have hard lives. She says she has to work all day, every day, without a break—but that she never complains to Madam for fear of losing her job:

But those children who marched in the streets don’t want to be like us…learning in school just how to be servants. They want to change what is wrong…even if they must die!

Naledi is upset by everything she has heard and seen, but she is also grateful that she is learning so much about her mother and her world.

Back at home, Naledi’s grandmother is very glad to see Mma. Dineo is very sick, sicker even than when Naledi and Tiro left. Naledi accompanies Mma and the baby to the hospital, where they wait in a long line with many sick patients. As they wait, Naledi watches another sick baby who, like Dineo, has developed a fever because of a lack of food. To Naledi’s horror, the other baby dies.

Dineo is a little luckier. The doctor tells Mma that Dineo must stay in the hospital for three days but that she may get better. Mma comes out of the hospital looking drained and desperate. She says the doctor told her Dineo needs more milk, fruit, and vegetables—“but he didn’t tell me how to find the money to buy them all.” Mma confesses she has no more money, so she and Naledi have to walk home.

After several days of anxious waiting, Naledi learns that Dineo has survived. She is relieved, but she knows now that Dineo is in danger of getting sick again. That night, Naledi lies in bed thinking. She wishes that Mma could earn enough money to buy all the food Dineo needs to eat. She wishes that she could grow up to be a doctor or a professional who could take care of her family better than a servant can. Naledi resolves to talk to other children at her school and find friends who want to rise up, like Grace’s brother, and demand a better life.