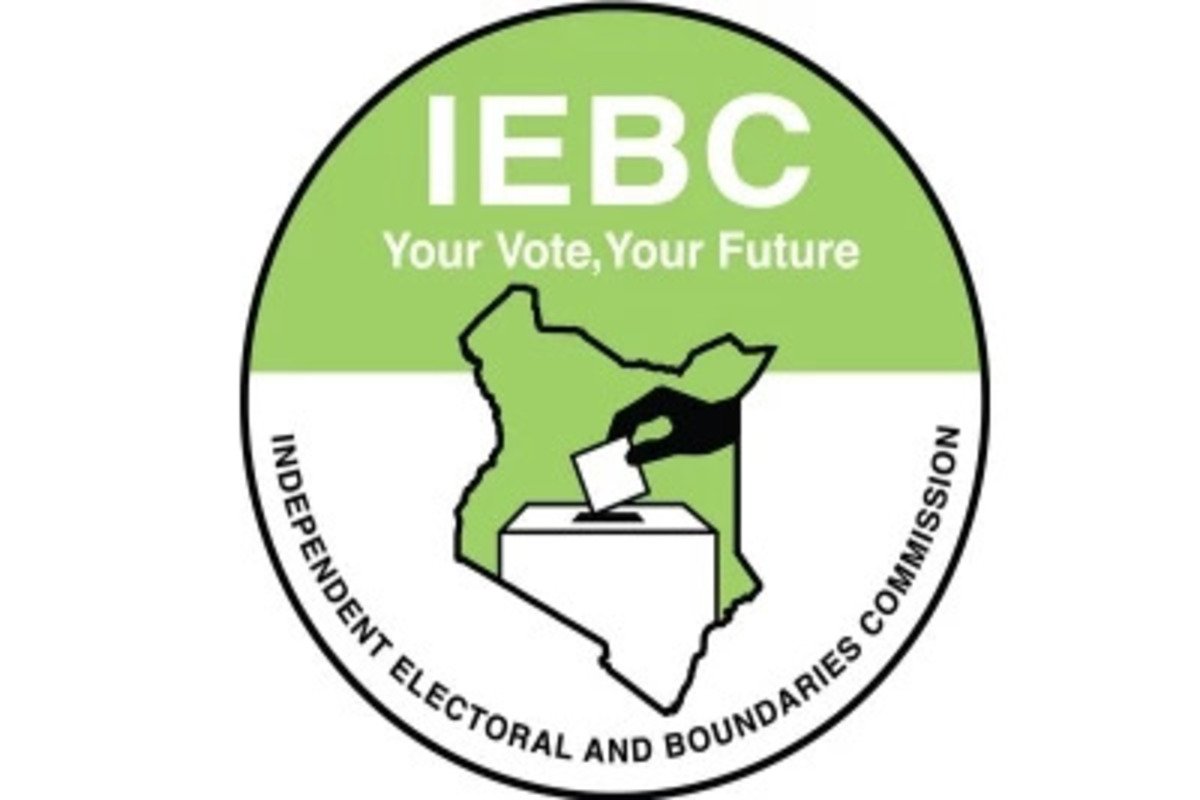 The Presidential Election in Kenya Has Entered the Result Transmission Stage On one of the monitors, you can see that they have begun sending the results. Submitted Form 34As can be viewed on the IEBC Public Portal.

IEBC Portal: How to Get Final Presidential Results Per Constituency 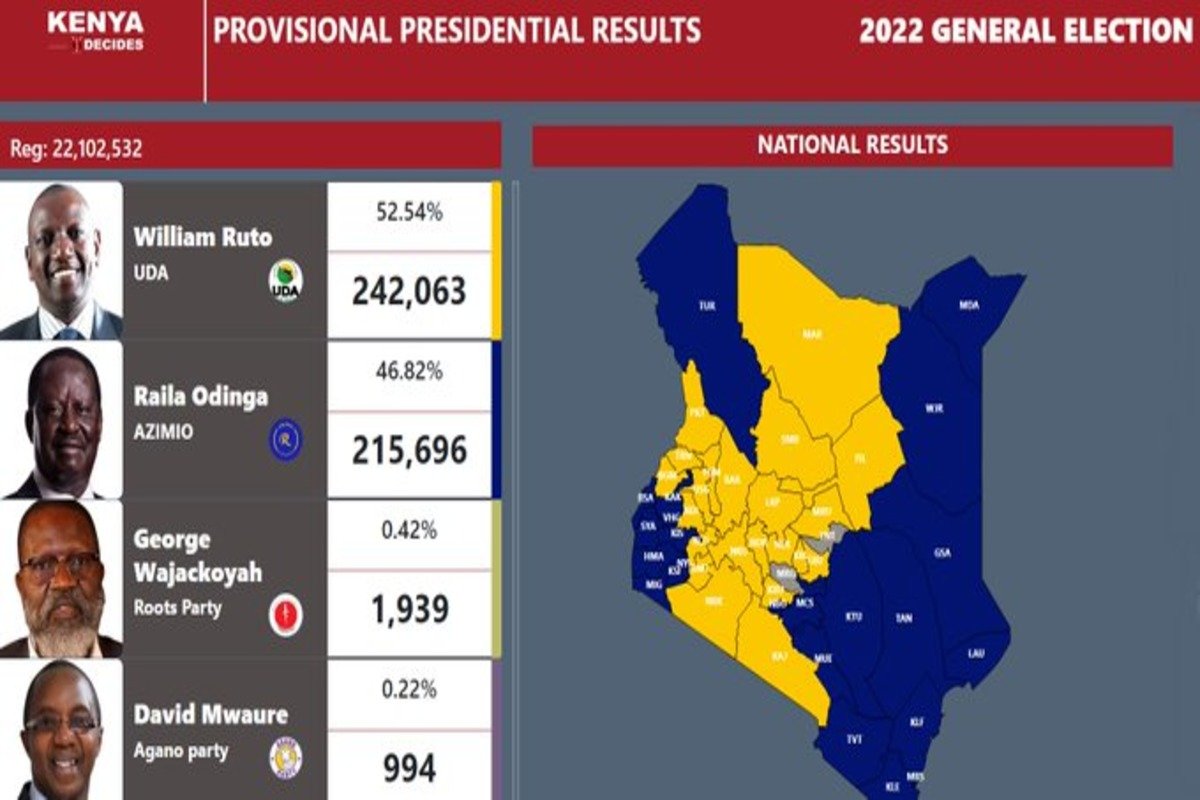 On Wednesday, August 10, 2022, the Independent Electoral and Boundaries Commission (IEBC) began uploading Forms 34B from various constituencies to the public portal.

You must sign in to the IEBC portal in order to access Forms 34B. After clicking the icon for Form 34A, a drop-down menu with Forms 34B and 34C will display.

When you click on Form 34B, a page with the results of the Forms 34B that have been uploaded thus far will open.

As of right now, the IEBC has uploaded the first forms 34B from Saboti Constituency, Trans Nzoia County. Raila Odinga of Azimio La Umoja has received 24,215 votes, while William Ruto of the UDA has 23,610, George Wajackoyah of the Roots Party received 169, and David Mwaure of the Agano party received 66.

Each candidate’s votes must be counted by the presiding officer, who must then record the results in Form 34A, scan the form using a KIEMS device, and send the picture to the presidential tallying center.

A copy is then made available to the agents and observers, and the original is given to the returning officer for the constituency so that it can be forwarded to the chairwoman of the commission, who is in charge of returning votes for the presidential election.

Because it is essentially the same form that was taken by the presiding officer, witnessed by the agents, and produced five carbon copies of, there cannot be any discrepancy between the results recorded in Form 34A at the polling place and those transmitted electronically or even those received by the returning officer.

The entry in the corresponding Forms 34A will be accepted as the accurate representation of the results at the polling station in the event that there is a difference between Forms 34A and Forms 34B with respect to the entries for any polling station.

On Tuesday, August 9, the IEBC inaugurated a website gateway that will allow Kenyans to monitor and confirm the presidential election results.

This action is viewed as an effort by the electoral authority to encourage transparency in the results’ dissemination.

The IEBC has made the results from all 46,000+ polling places available to the general public in real-time online.

You can access copies of the results in Forms 34A from all polling places in the 47 counties of the nation at forms(dot)iebc(dot)or(dot)ke/. (dot).

Check out the live stream of the IEBC Presidential Results 2022 here.

There are three screens in the National Tallying Center.

Screen 1. In order to make an estimate of the number of Form 34As that were collected from polling places

Screen 2.in order to present the compiled findings that were obtained from the constituents.

Screen 3.In order to make a projection of the county aggregates 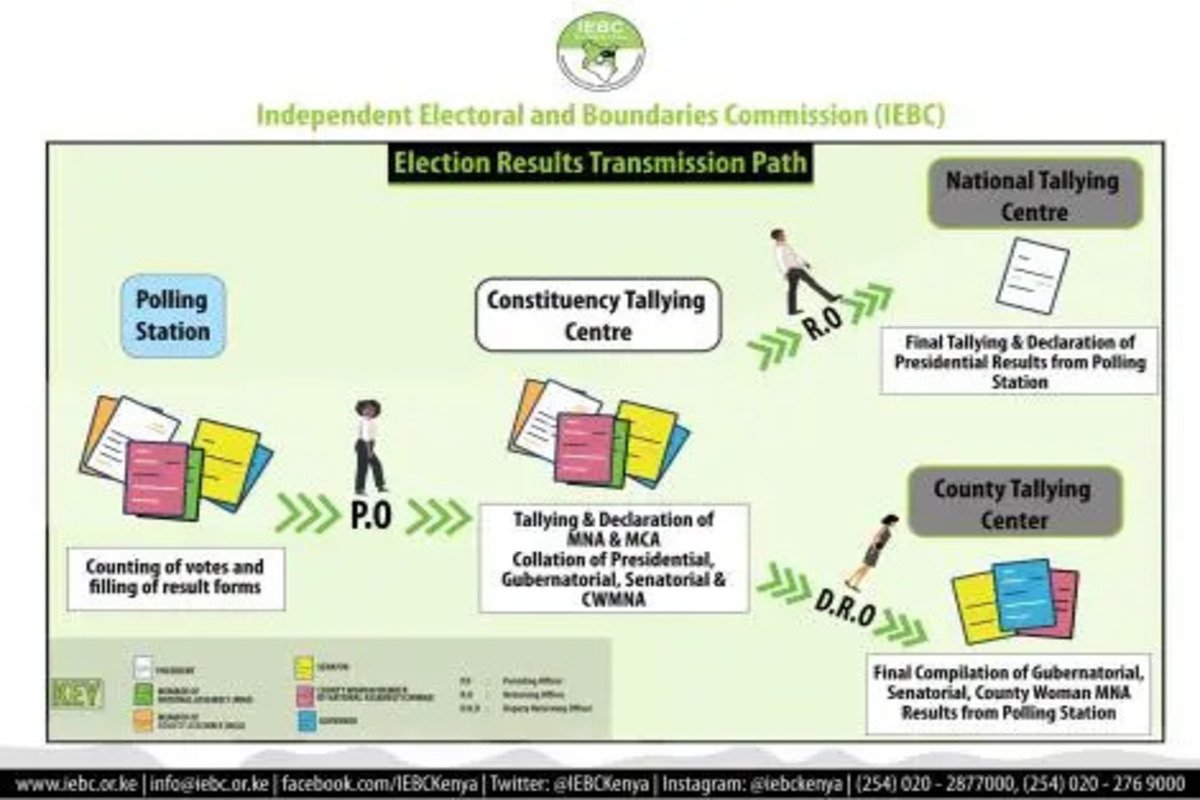 Only one copy of the A series results form, which contains a QR code, is sent through the results transmission process by the Results Transmission System.
It is permissible for individuals who have been granted permission to be present at the polling station, such as members of the media, observers, and polling station agents, to snap a photograph of the original Form 344.
The results that are announced at the voting booth are considered to be official.
In the presence of presidential Chief Agents, the National Tallying Centre’s five workstations are available for verifying the results that have been reported by the Returning Officers.
As soon as the verification is finished. The results will be presented to the Presidential Returning Officer by the Constituency Returning Officer, who will then make the announcement. 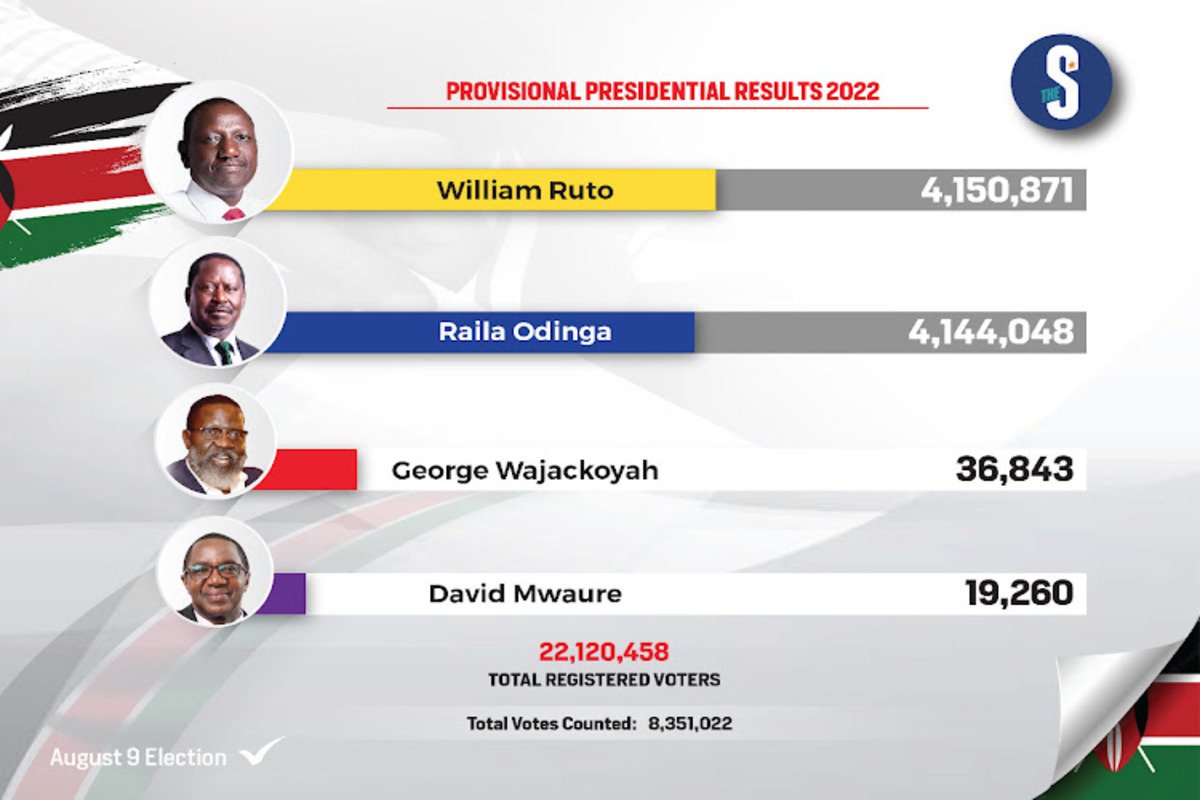 The law mandates that Kenya’s Independent Electoral and Boundaries Commission (IEBC) conduct a verification of the presidential election results and announce the winner within seven (7) days of the election.

The Commission will make every effort to complete this task as quickly as possible, but in the meanwhile, we ask for your patience as we work to fulfill this demanding mandate.